"Virtualshamanism: Towards an alternative digital reality of consciousness" is an interactive virtual reality installation based on modern concepts such as technoshamanism, ancestral-future and neo-paganism, among others.

The Virtualshamanism operates between two worlds, the modern one, mental and scientific, and the ancestral one, intuitive and shamanic, generating an approach between both sides through its role as a nexus and peacemaker, placing itself as a powerful mediator between these two dual forces.

In this work the artistic event is revealed from the inside outward, this characteristic suggests a way of interpretation where the user act as the core of the work, becoming a means of resonance, there where the piece vibrates by itself, echoing by its own presence.

A virtualshaman works with audiovisual representations which are transformed into maps that will serve as a guide to decipher and manifest the techno-spiritual and cyber-pagan problems of this era.

According to Terence McKenna there is no distinction between entheogens and computers, both parts represent for him an extension of the human capabilities which function as prostheses, that is, as devices to extend the mind and the perceptual functions of the human being, calculating and simulating complicated processes in order to achieve new answers and knowledge.

In a Virtualshamanic work the confrontation between imagination and hallucination is diluted by the use of VR technology as a tool for the research of an alternative digital reality of consciousness.

This VR experience was programmed to run with HTC Vive and Oculus VR headsets.

In this work, the user's hands have a leading role when it comes to navigate between worlds and interact with objects and 3D shapes.

Making use of a Leap Motion device attached to the front of the VR headset, the user has the possibility to use both of their real hands to interact with the virtual world, creating a deeply immersive experience, replicating every movement that the user does in the real world. 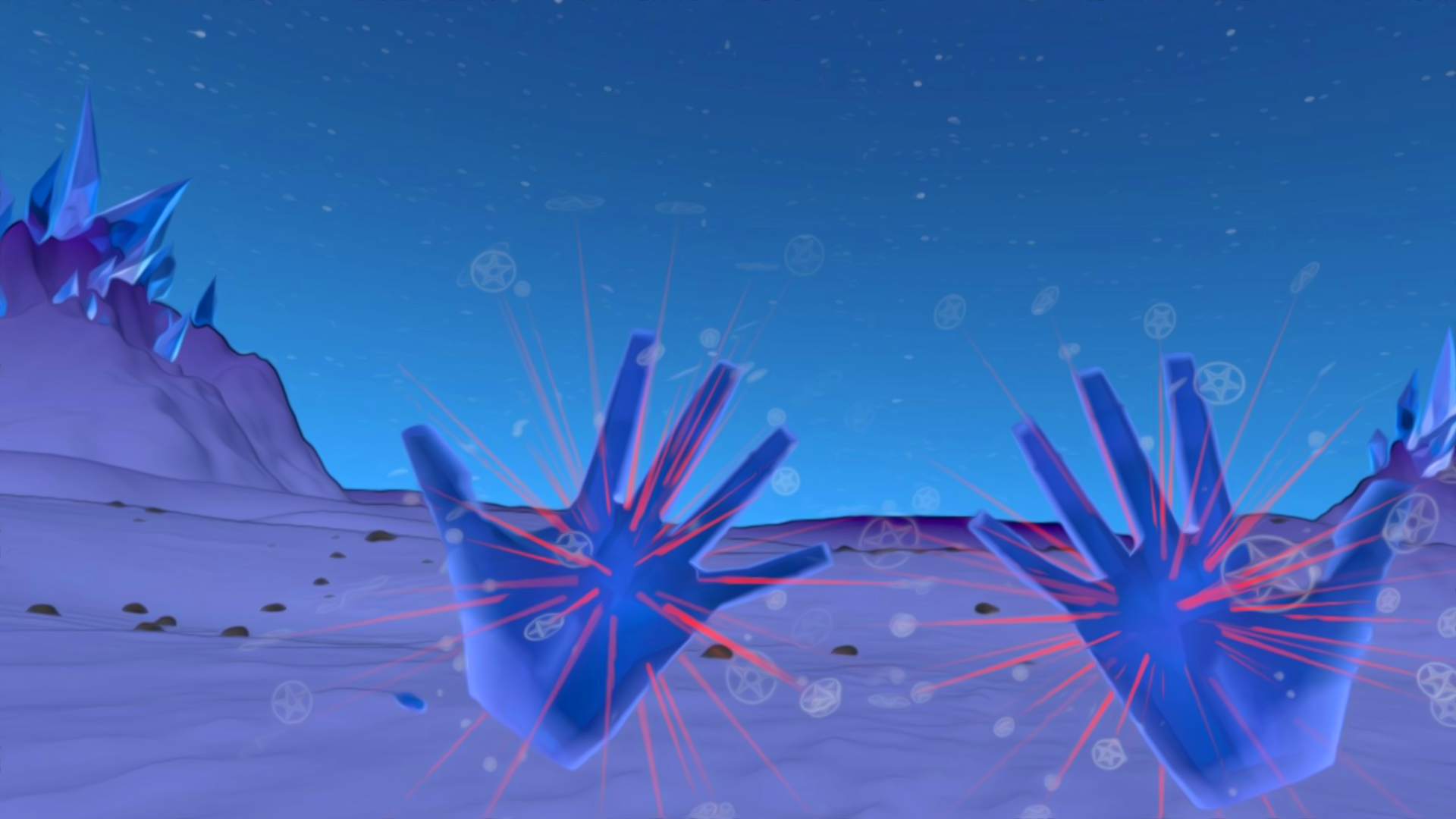 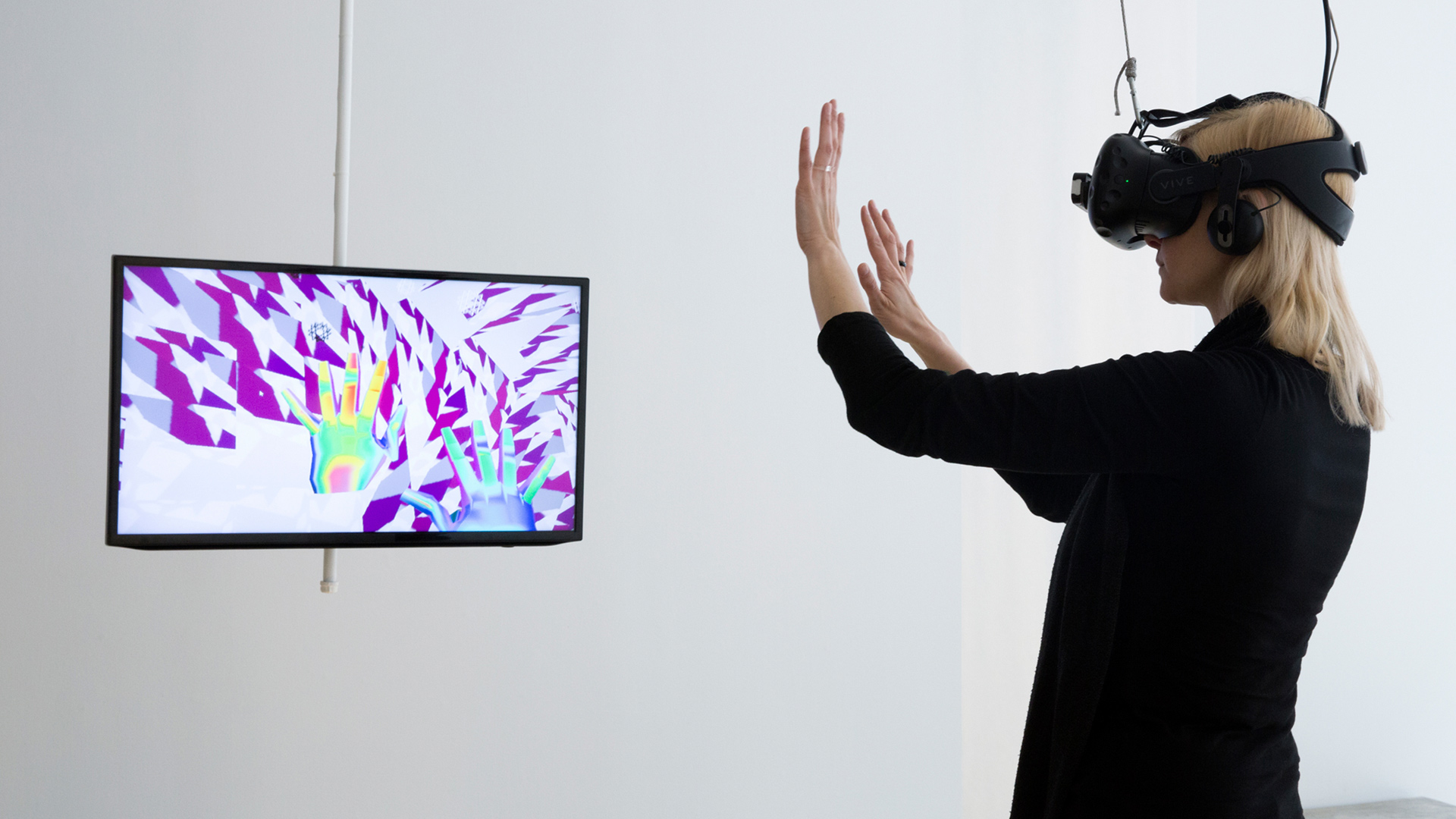 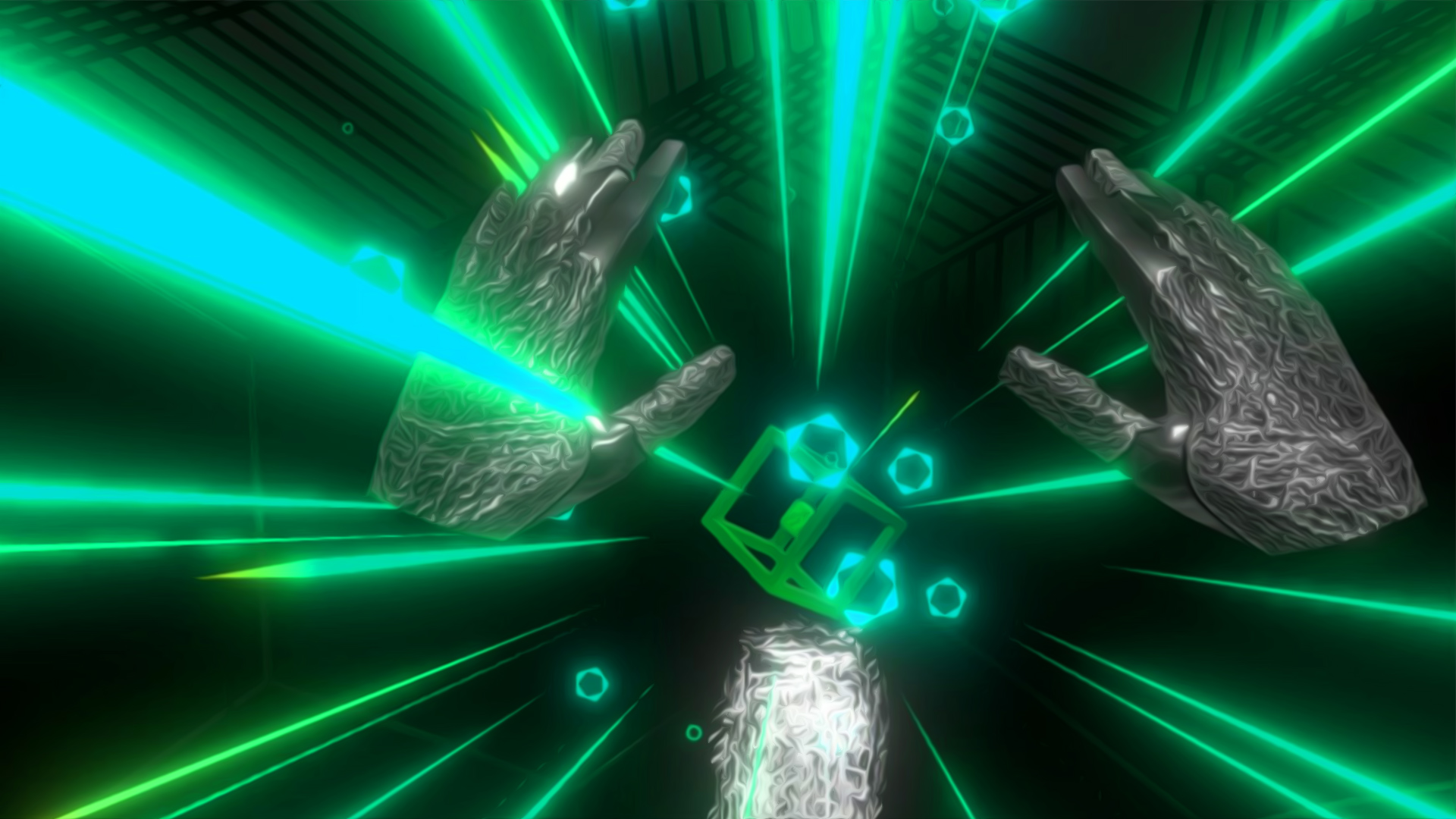 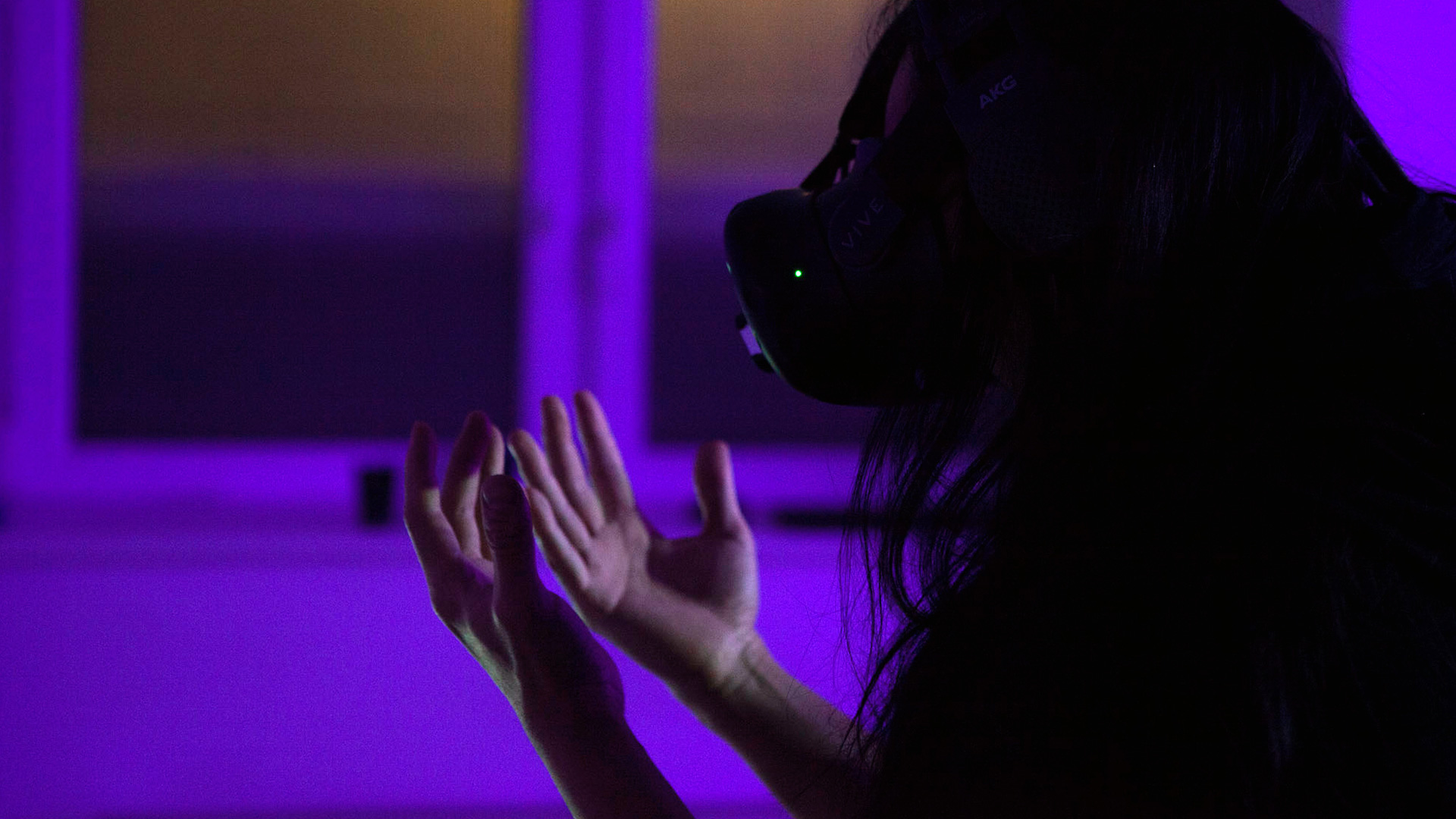 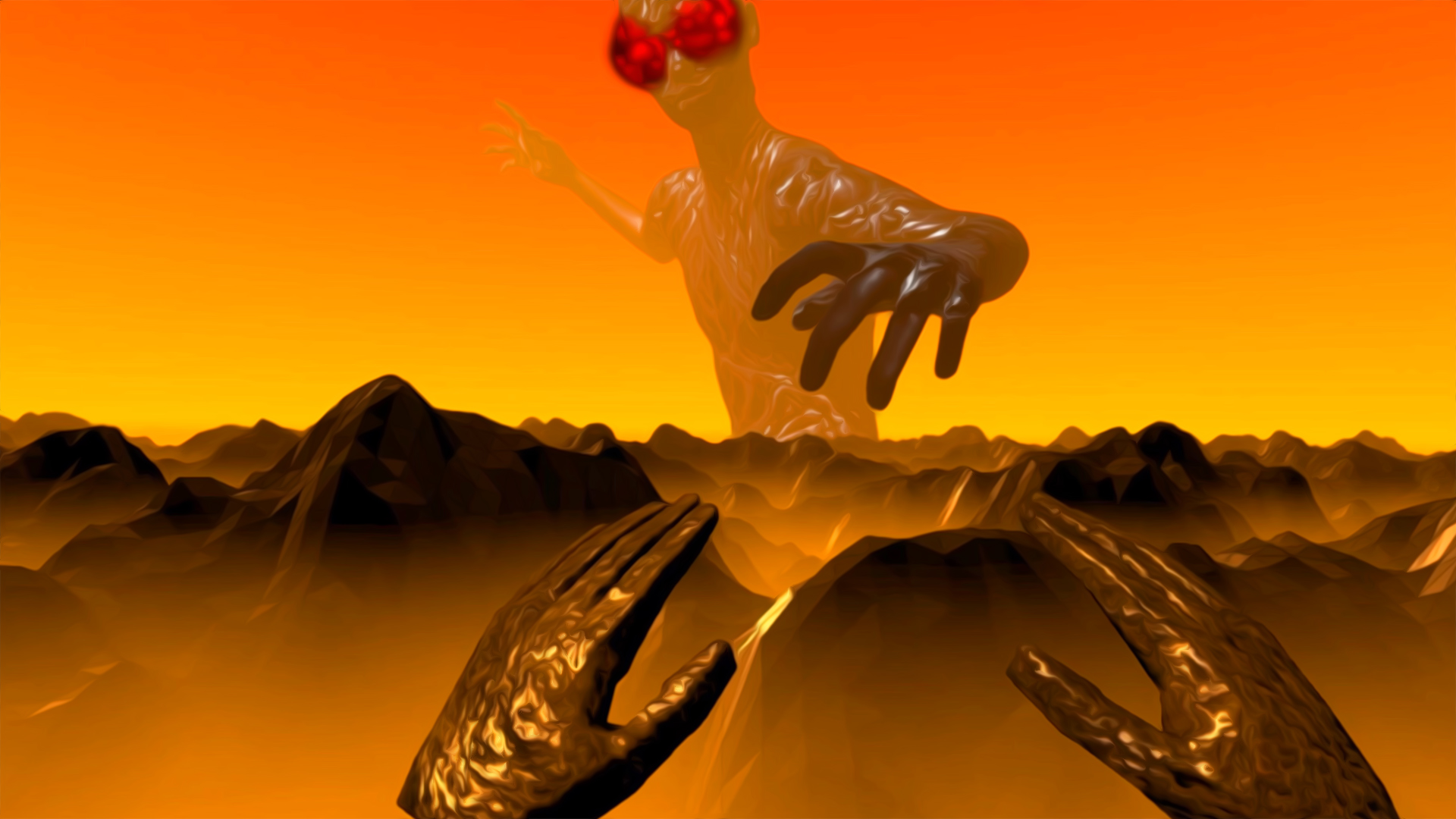 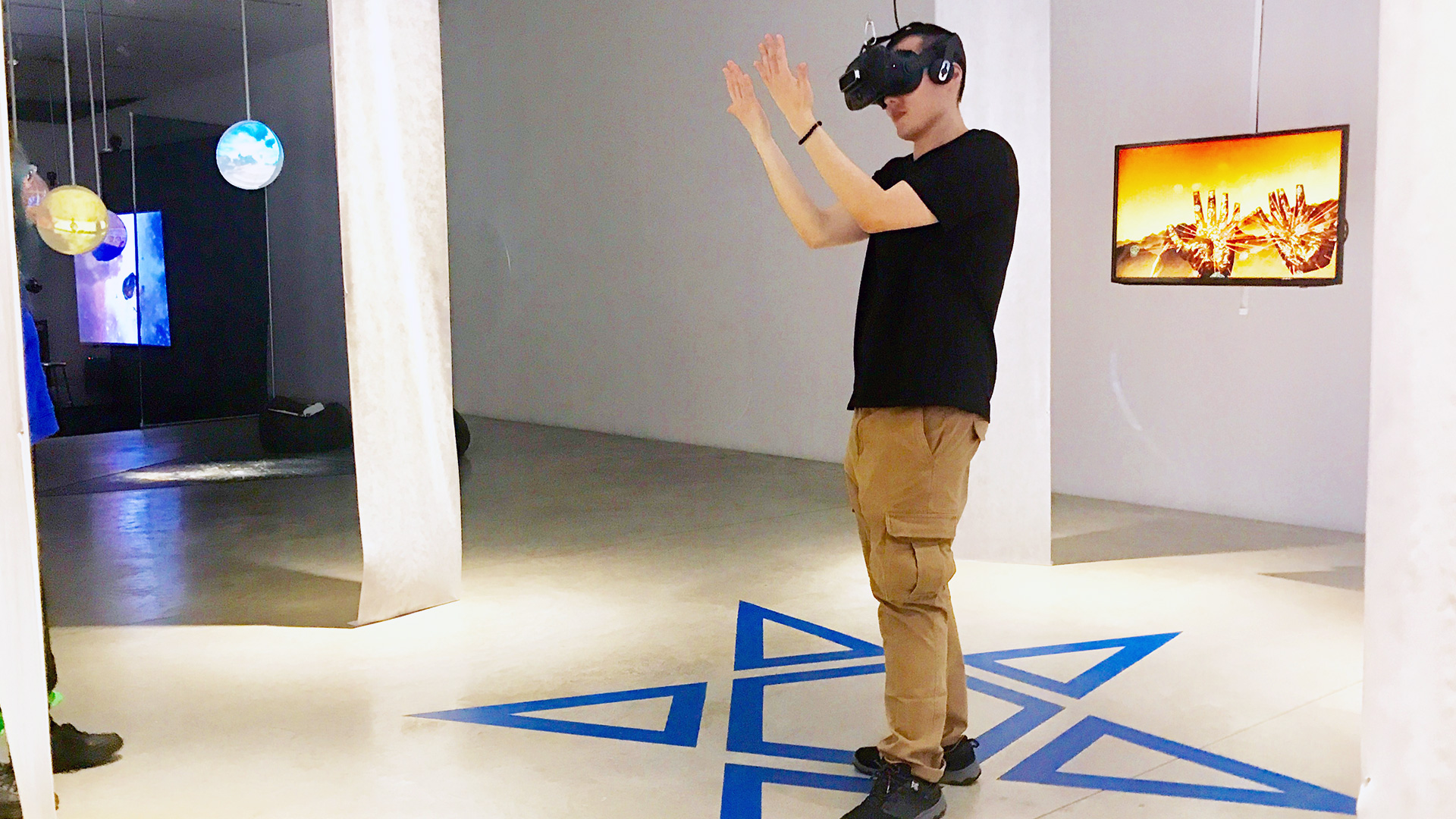 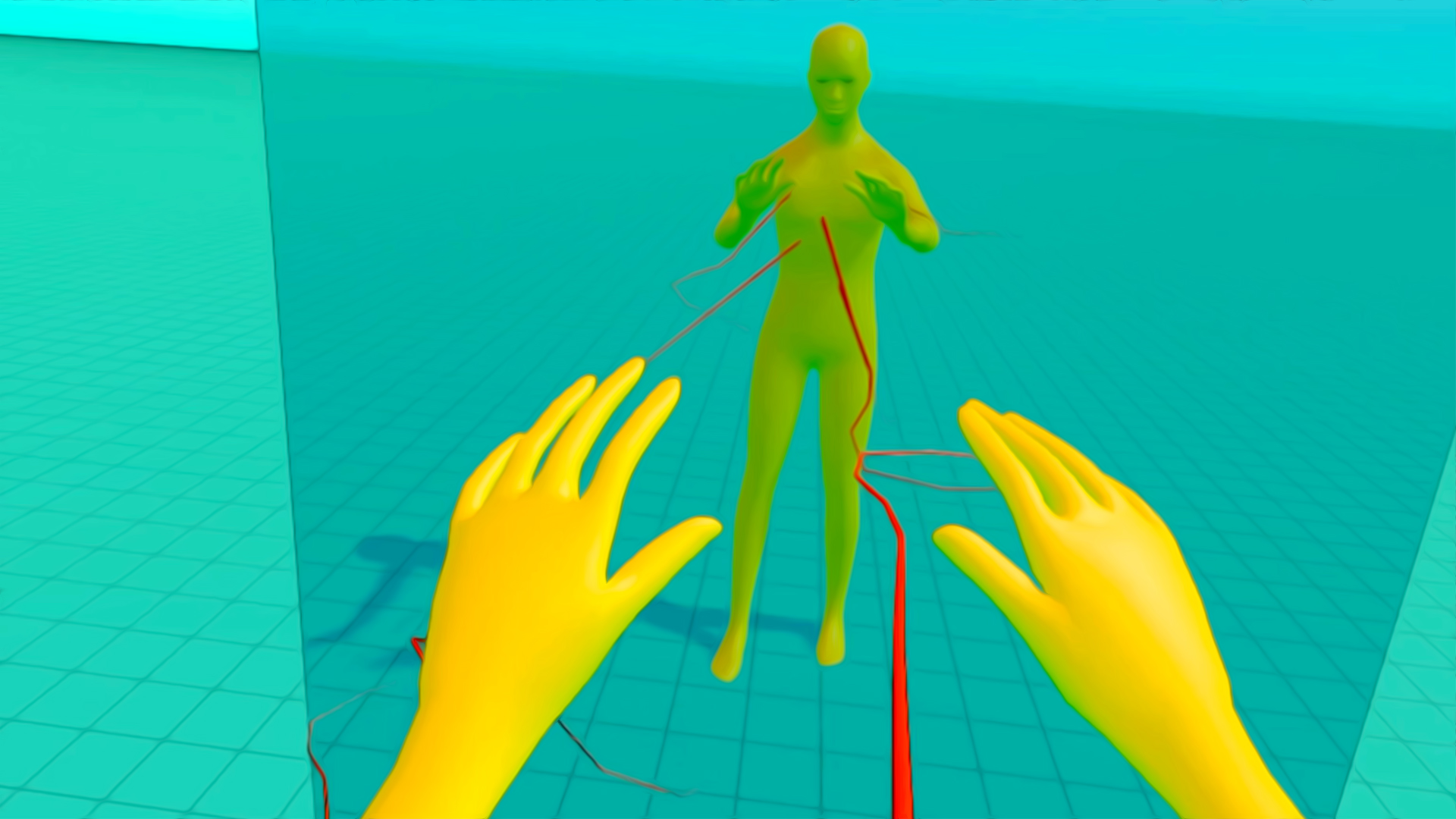 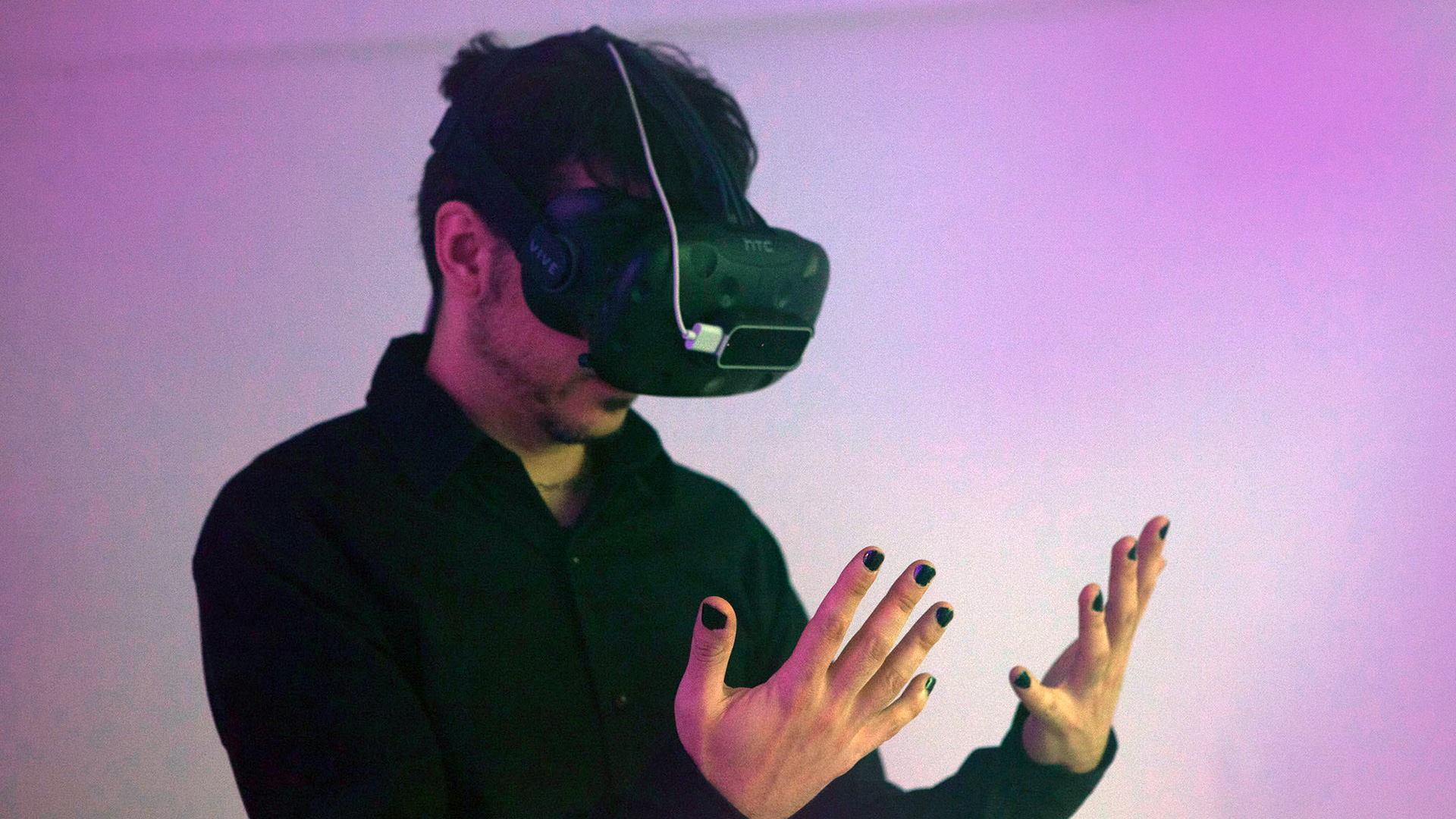 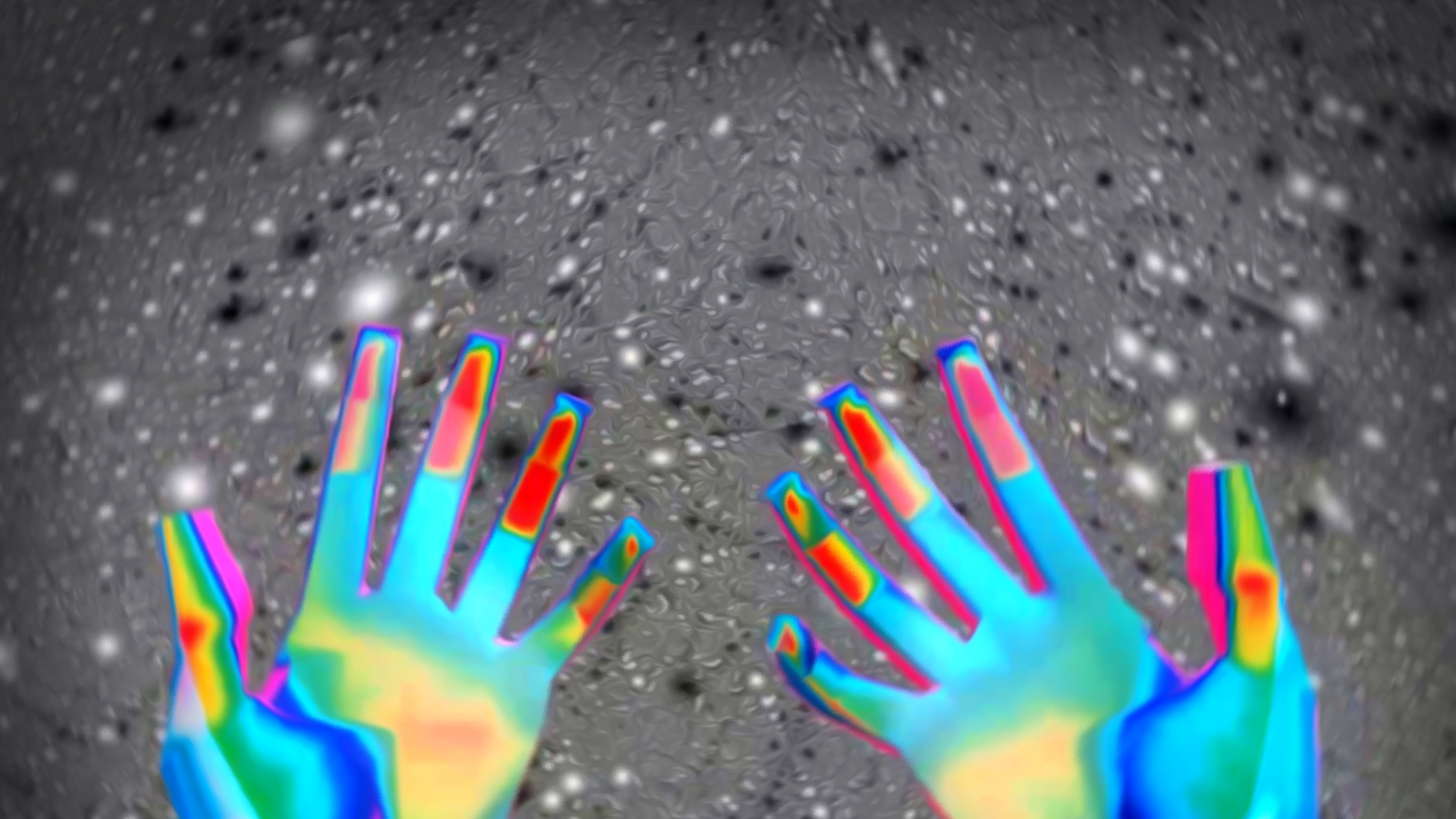 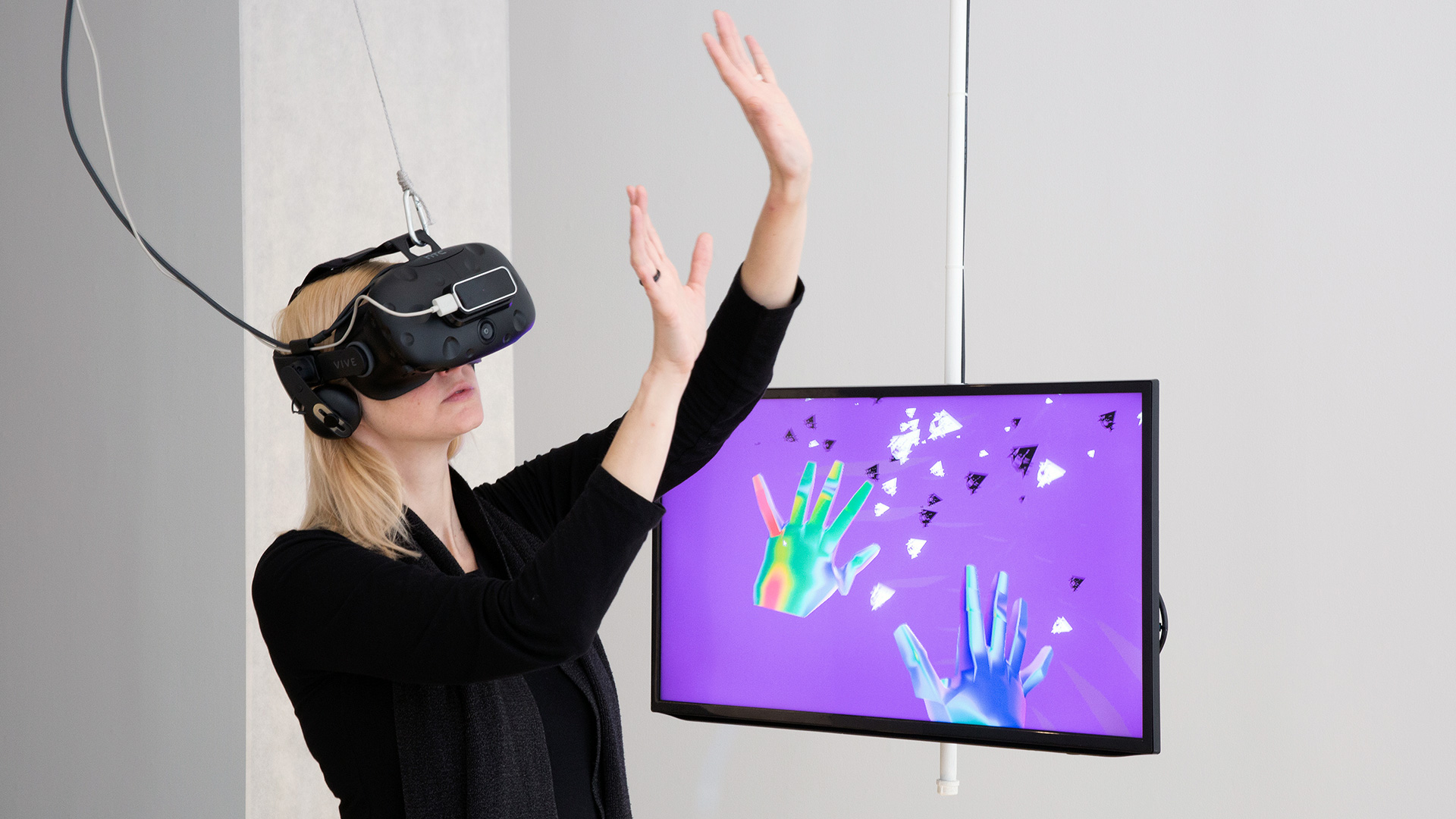 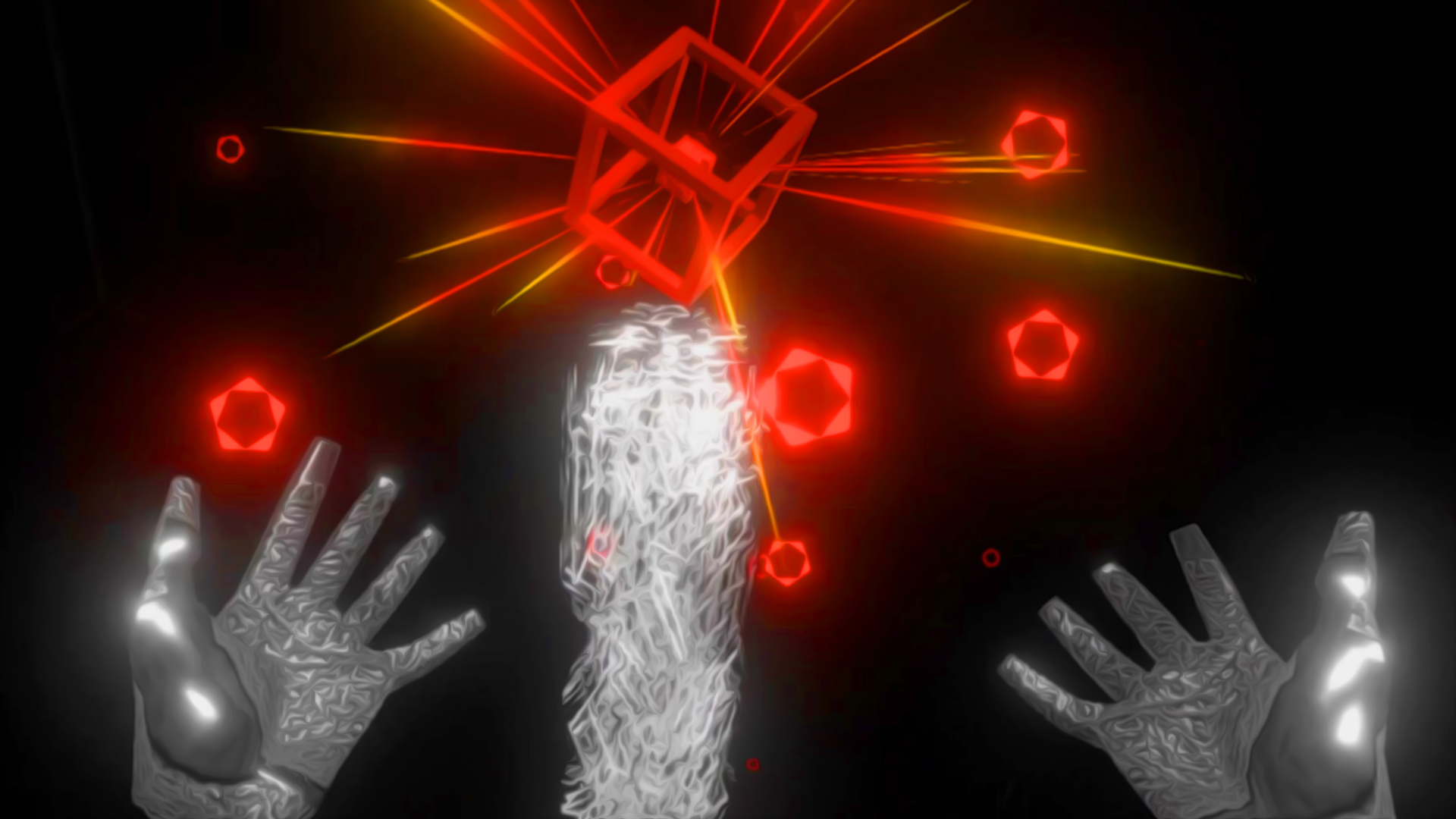 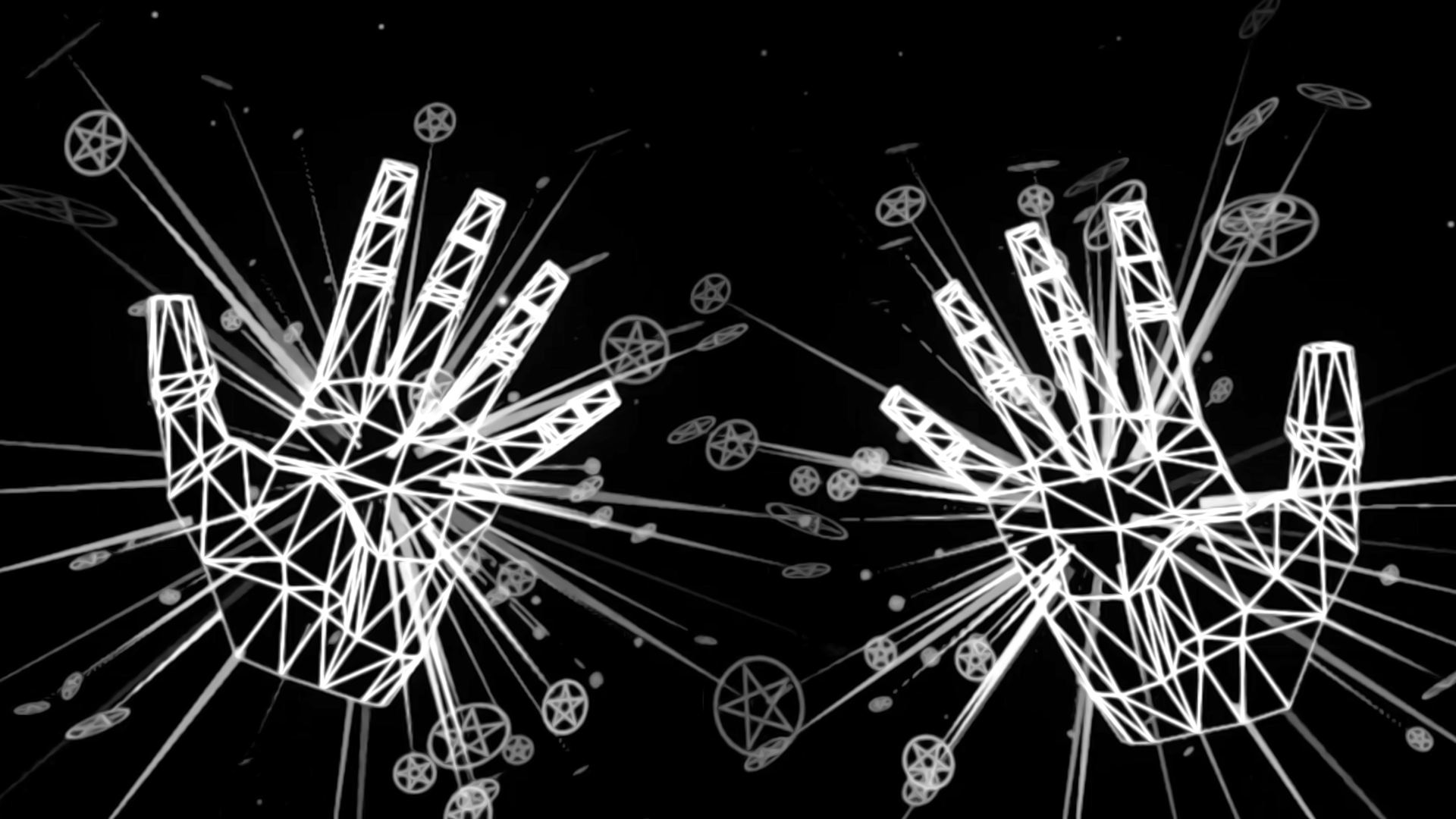