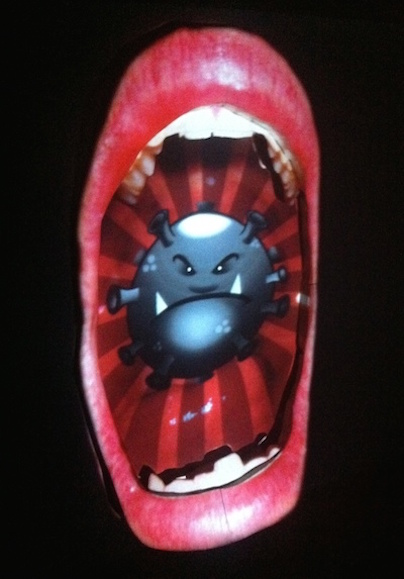 It was made in collaboration with Aniki Welt for the Advanced Programming class at UNA, Buenos Aires National University of Arts, Argentina.

This work was programmed using the physics library by Ricar Maxter based on the Java engine JBox2D, using Processing, in order to achieve smoother movements and physical abilities like gravity, speed, weight, etc.

The interface is based on the OSC protocol, which allowed us to connect a portable touch device (Android or iOS) with a TouchOSC app previously installed, to control the character movements wirelessly.

The final result was a mapping video projection over a physical mouth structure made of cardboard elements.

The game was generated by processing which sent the output via Syphon projecting the final result using the mapping tool Resolume Arena.