Agents is an interactive installation dealing with the behavior of living organisms and artificial life.

It was made in collaboration with Santiago Tula and Mariano Rivas in the context of the study of artificial intelligence at the Buenos Aires National University of Arts, for the new media art class.

In this work we developed a interactive vertical structure better known as tangible user interface. 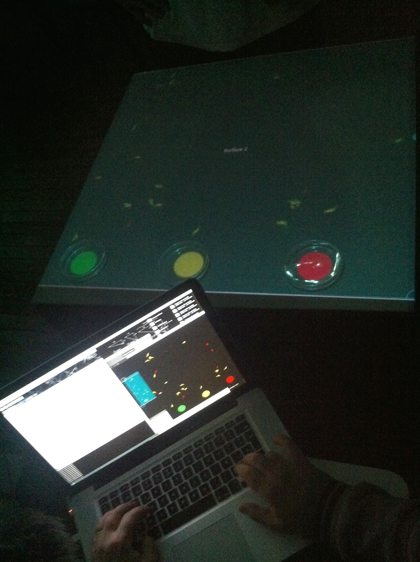 A pointing-up camera located inside the installation captured the finger's movement, translating their positions to location variables, allowing the interaction between the users and the app.

We used openFrameworks and Open CV to track the fingers and control the list of events in Processing.

In addition, we also used Pure Data to trigger sounds, adding a further dimension to the work.

We used four different elements to make our artificial intelligence system, based on a Game of life configuration.

The Cellular Automaton's rules were:

Yellow Cells / Healers: They helped the black cells eating red cells but losing weight/size during the process. They were also able to feed/heal a black cell by touching them.

Food: The user could change the position of the “food”. All the cells, especially the black ones, reacted to the position were the food was. The user was also capable of adding cells by just touching the interface's surface. 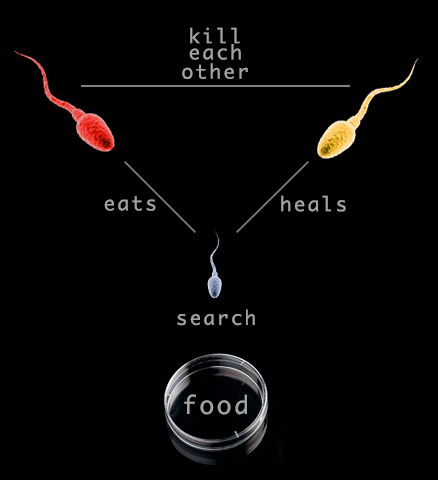